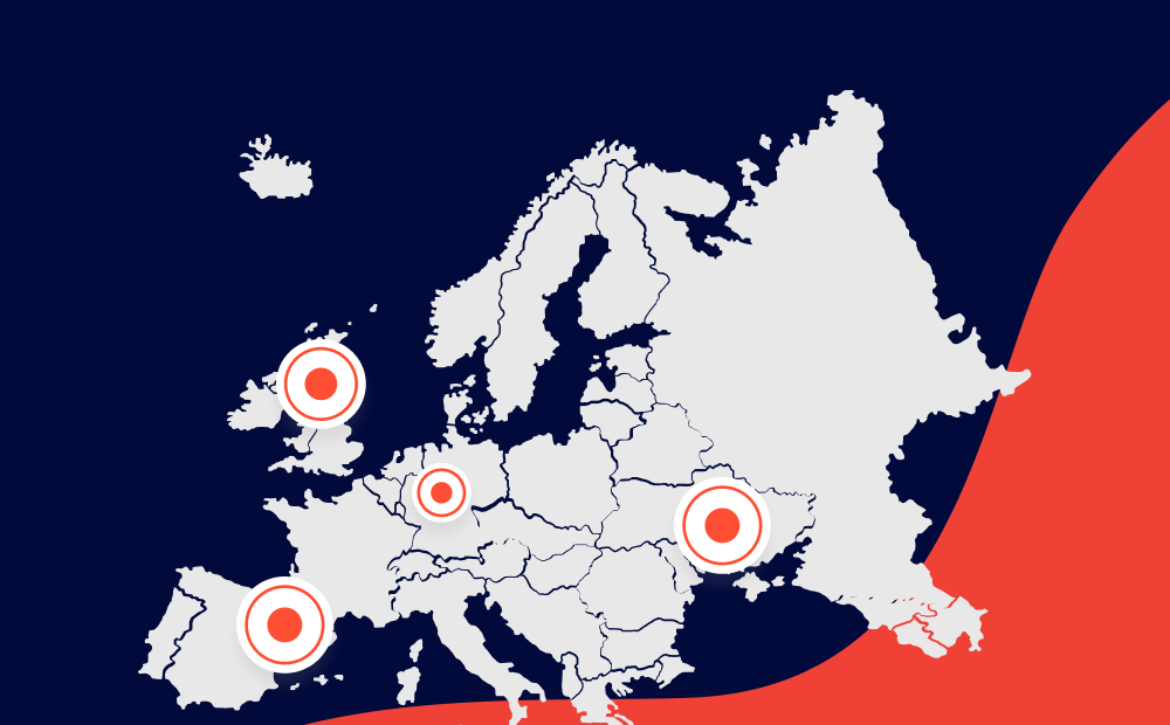 Hiring dedicated development teams has long proven efficient for most organizations around the globe. A skilled development team or company can be the solution for both an existing software company, especially a small one, and a start-up. Large corporations like Amazon and YouTube are using such services as well. That is how they have thousands of talents worldwide. 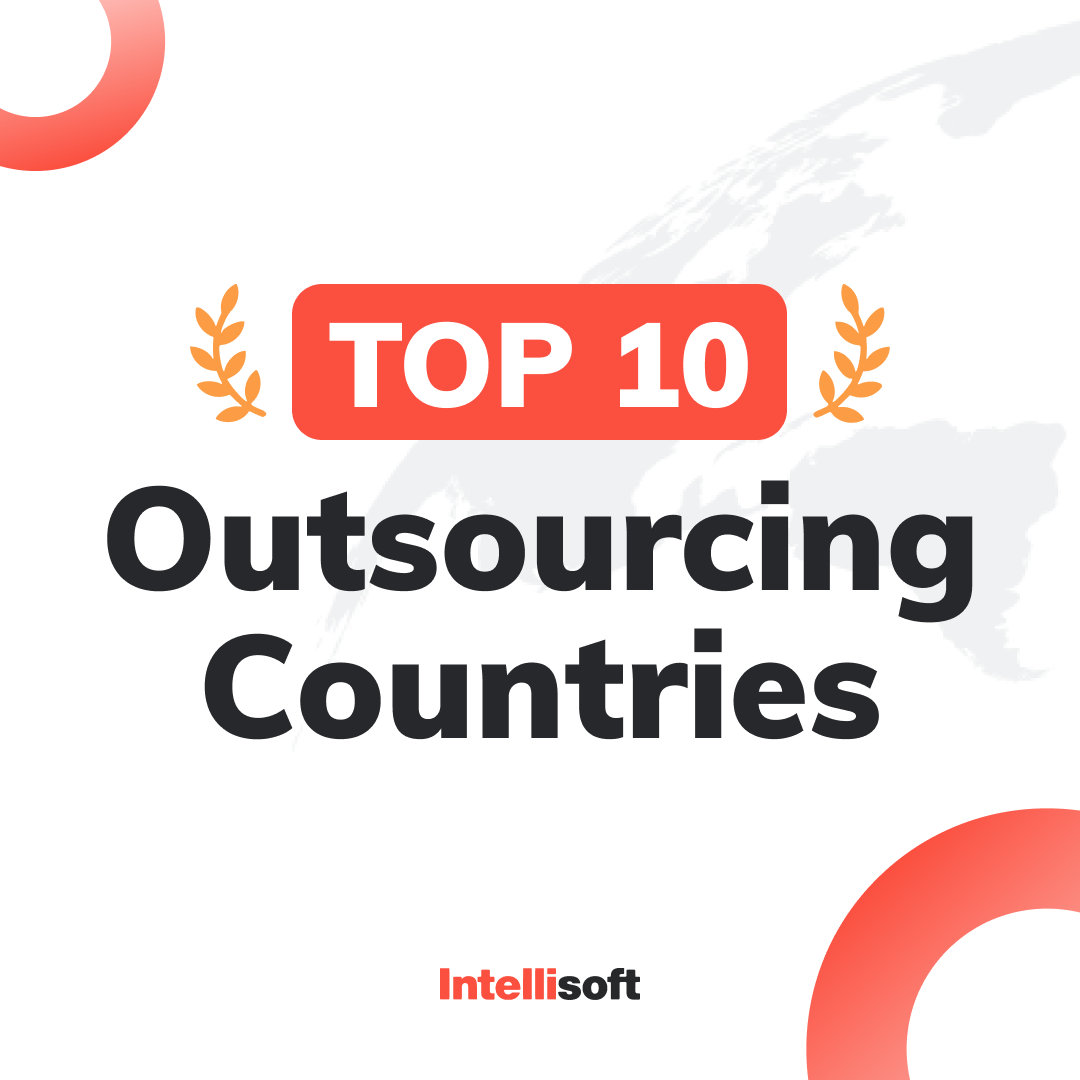 Cost optimization is one of the biggest benefits that a dedicated team model provides. Other benefits are flexibility, a large pool of experts, affordability, and saved time. Cloud computing tools simplify outsourced services.

Many developers work either on a freelance basis or in an agency as full-time experts. They are all different by their approaches to work, skills, experience, competencies, and rates. Important factors when hiring a developer or team are:

IT outsourcing is no longer an alien term. In fact, over 60% of global clients turn to third-party service providers to get the best IT solutions.

Among all, in this post, Intellisoft will cover such issues as how to find the best remote team, factors to keep in mind when dealing with outsourcing in general, and some of the best locations for recruiting dedicated developers.

Dedicated Offshore Development Team – What Does It Mean?

An offshore development team is a type of IT team recruited by, for example, a Swedish or Swiss company from Ukraine, Poland, Canada, or another location. Today, this is one of the most popular team models.

Many companies from markets such as the USA choose offshore IT outsourcing in countries where the availability and quality of candidates are high and the price is relatively low. Comparing the numerous benefits of this collaboration model, we come to the firm conclusion that outsourcing is the perfect solution for businesses that are not sure whether they need an internal team.

Remote Teams: How To Find the Best One?

Choosing the right offshore development team isn’t easy. There are thousands of IT companies. You can start with a traditional Google search like you do when looking for everyday products and services. However, be prepared that you will have to deal with dozens of search results and pages.

We recommend referring to reliable portals like Clutch and Top Tech Biz. They provide information on the best IT companies, including pricing and unbiased expert reviews.

Off we go, have a look at the common estimation pitfalls. They may prevent you from achieving your goals, so try to overcome them. 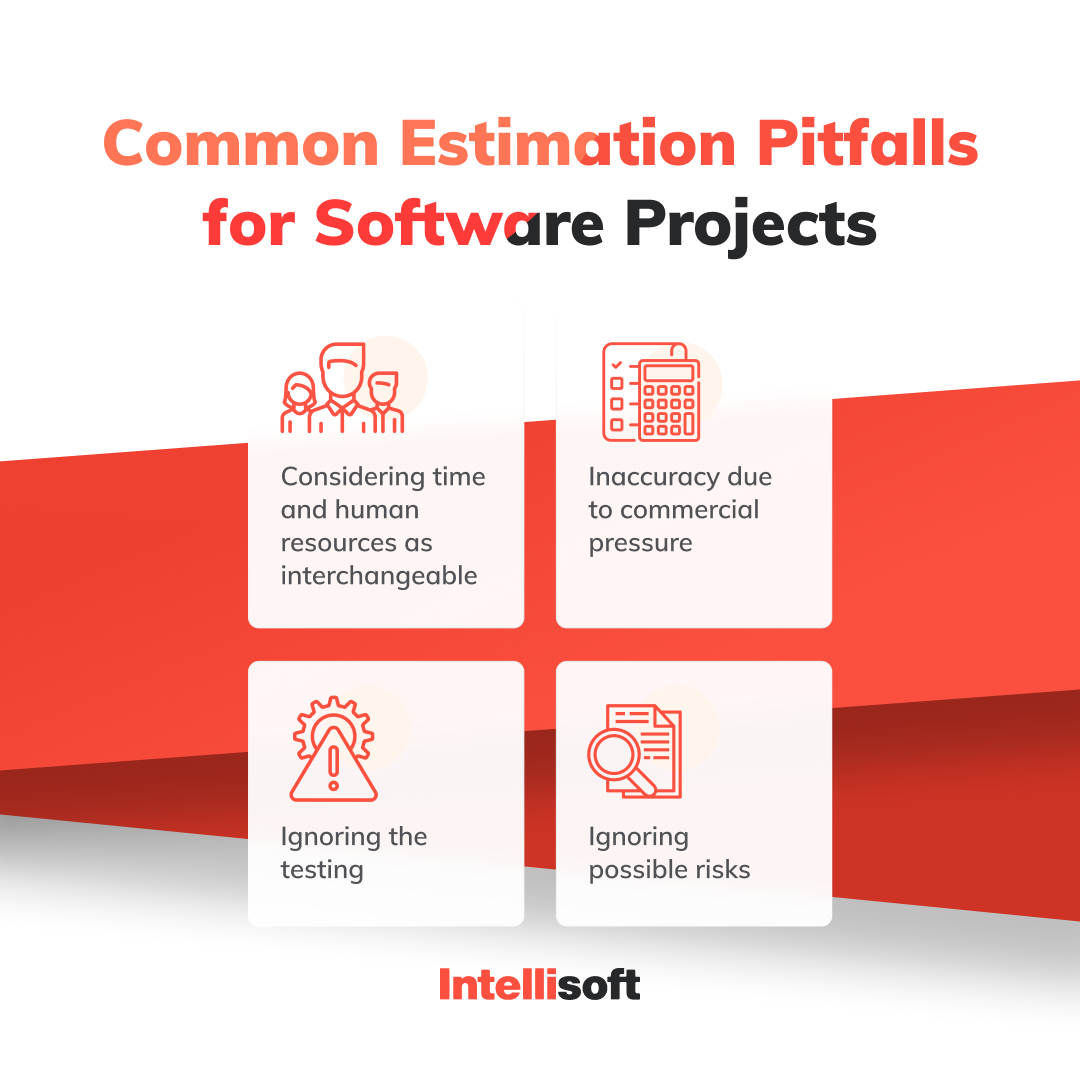 When outsourcing software development, you should consider the outsourcing country. Consider the following factors – overall IT market situation and cost. The countries listed below are the best destinations for outsourcing services. For example, the Ukrainian development sector is growing at a good pace thanks to governmental support.

Another factor to consider when looking for a development team is their overall experience. Check out the portfolio before hiring. Usually, 3-5 years of relevant expertise is enough. Pay attention to the programming languages they “speak.”

Software development consists of many branches. Each branch has its unique particularities. Make sure to inform yourself about the specific development field of your potential team. Some teams are better at web, others in mobile development.

Some agencies are involved in large-scale, long-term projects, while some work on several small projects. Find out more about the capabilities and expectations of the development team.

One of the most important things to consider when hiring software developers is your company’s budget. The perfect deal is when your return-on-investment (ROI) exceeds your input.

Making a farewell to the development team straight after the project is finished isn’t a smart idea as every software product requires regular maintenance. Hence, consider further support and allocate a budget for that.

Eastern Europe, Latin America, and Asia are obviously the best regions for hiring dedicated development teams for cheap. At least, it will be an affordable deal though some issues may arise. Still, let’s look at the most promising locations. 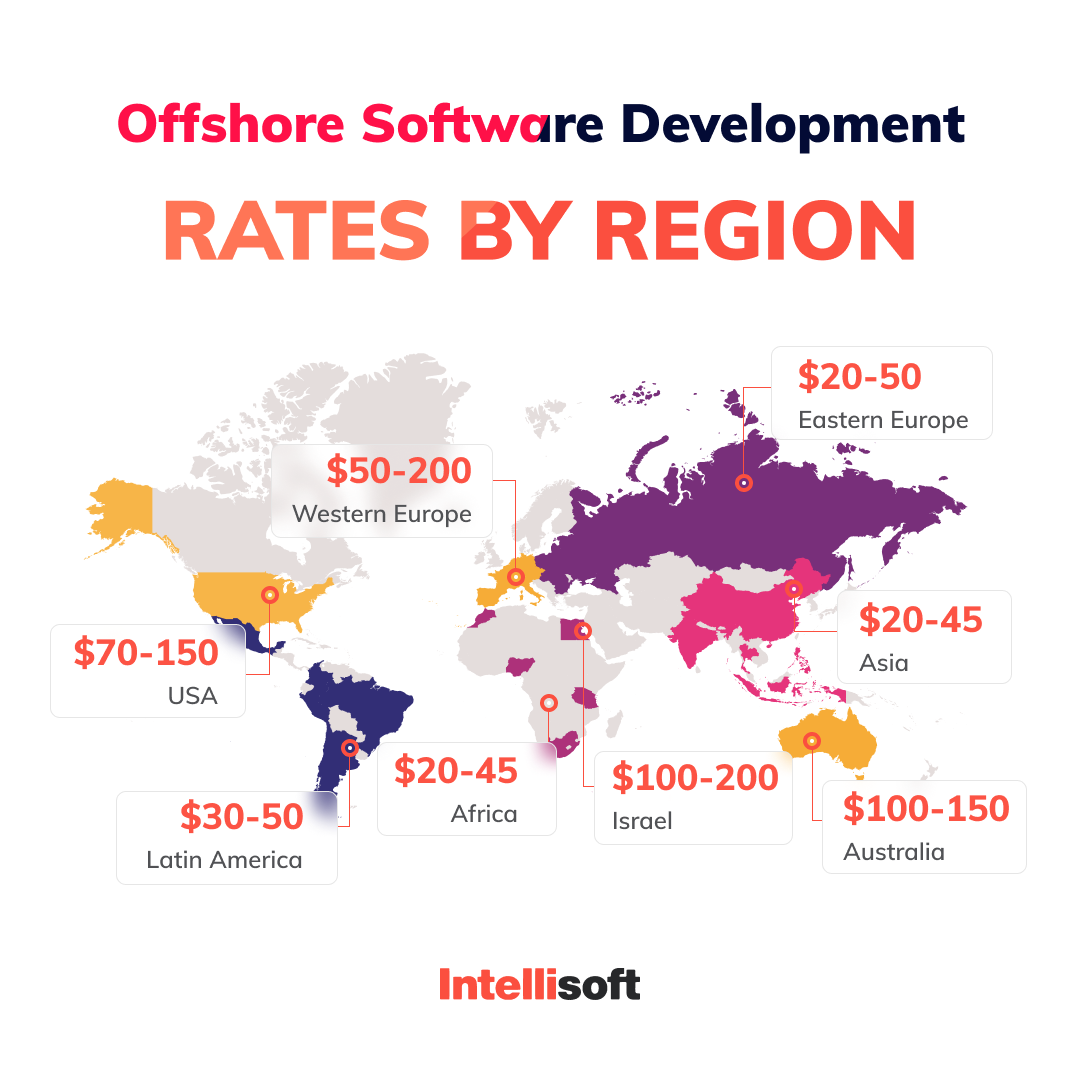 In 2019, the British news portal Financial Times published an article on how India became one of the best IT outsourcing countries and why it’s now a failure. At the turn of the century, Western tech companies worried that the Y2K bug could break computer systems. This was when India got the chance to stamp itself. Companies such as Tata Consultancy Services (one of the largest IT outsourcers in India) used to work hard, deploying teams of highly skilled and low-cost workers to update the internal systems of big clients.

By convincing foreign companies to outsource IT services to India, companies such as TCS, Infosys, and Wipro helped the country join global supply chains. However, after the global financial crisis of 2008, clients became increasingly reluctant to sign expensive contracts, correspondingly reducing outsourcers’ revenues.

The globalization, in which international IT companies have thrived, wasn’t so rosy anymore. Employing Indian outsourced developers has generated a political backlash in the United States and elsewhere.

The shift in interest caused by the US-China trade war and the UK’s exit from the EU prompted clients to withhold funds previously channeled to outsourcing in India. However, giants like TCS and Infosys believe they can turn this to their advantage.

China is home to many fast-growing IT companies. Among all countries willing to hypothetically take part in the Programming Olympiad, China would be first, according to the popular tech company HackerRank.

However, this country has several potential downsides. The most important one is that only 10 million of China’s 1.3 billion residents speak English, creating a communication barrier for many international employers. Another thing, China is known to be weak in compliance with intellectual property laws. To overcome this, organizations need to hire reputable outsourcing agencies and set clear rules.

92% of Filipinos speak English, making their homeland one of the largest English-speaking countries in the world. They also have a specialized science, technology, engineering, and mathematics (STEM) education system and have undergone an educational reform in the past years. These factors, along with the low cost of the peso, make Filipinos a top choice for outsourced development.

The country’s capital is ranked second-best for outsourcing. However, the educational reforms haven’t yet been able to close the gap between software developers from the Philippines and specialists from around the world. It is best to transfer only simple projects to Filipinos and contact Ukrainian, Polish, or Canadian teams for more complex cases.

An estimated 6.18 million Brazilians speak English, and the country’s government is trying hard to create a better technology education infrastructure. It’s also worth mentioning a sufficiently young population – about 38.18% of Brazilians are under the age of 24. These factors make Brazil an up-and-coming country for software development outsourcing.

However, the IT community in Brazil is still quite young. Brazilian programmers average 71.3% on HackerRank online tests.

This country is highly demanded for its value-oriented services. Its net value is forecasted to achieve the mark of 1.9 bln dollars. This Asian country will stay a key contender among  BPO (Business Process Outsourcing), IT consulting segments, and SI (Systems Integration). However, the local population has lower skills than Chinese and Indian experts.

Canada has a robust educational infrastructure with a particular focus on technology: 18.6% of graduates have STEM degrees. In terms of actual skill levels, Canadian programmers are ranked 21st on the famous platform HackerRank.

The primary strategy of this country is nearshoring. Bulgaria stands for less pricey labor toward neighboring countries. A stable macroeconomic and political environment makes many companies from the US and Western Europe choose developers and QA engineers from Bulgaria.

Ukraine as One of the Best Outsourcing Options in Eastern Europe 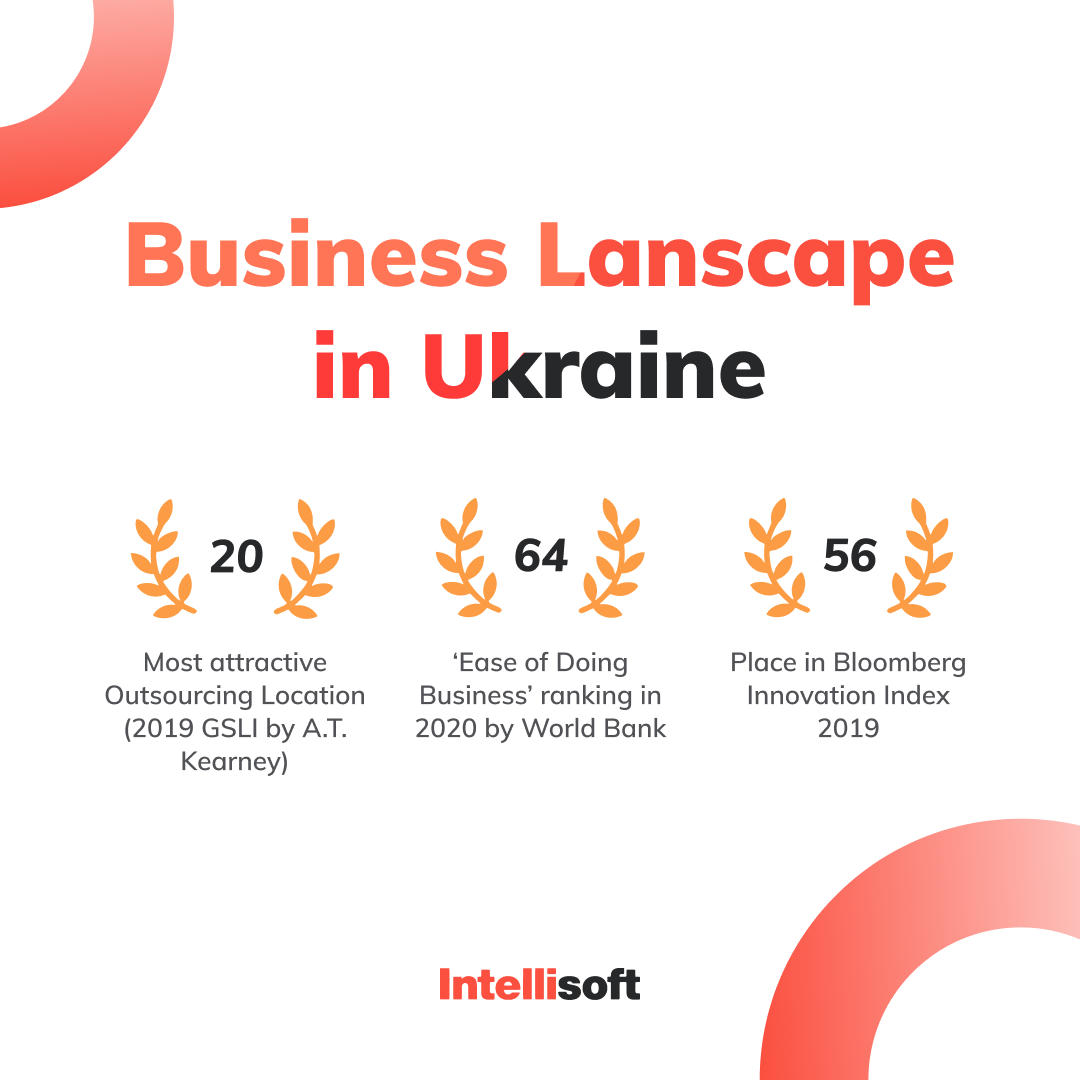 The government of Ukraine emphasizes a lot of resources on education, which fuels a thriving technology industry. According to statistical analysis from HackerRank, Ukrainian developers have an average score of 88.7% on all online tests, which is considered a great result.

English isn’t widely spoken in Ukraine, but 80% of the IT community has a good level of English, so the communication barriers are minor. Other benefits of Ukraine as an outsourcing option are its time zone, which partially overlaps with those of the US and UK, and a similar work culture that values competition. Intellisoft is one of the examples of a trusted team extension provider from this country.

Poland as One of the Top Outsourcing Providers Among European Countries

According to HackerRanks statistics, Poland is considered the third-best outsourcing option. Polish programmers are ranked first in Java tests and top five in other programming languages. 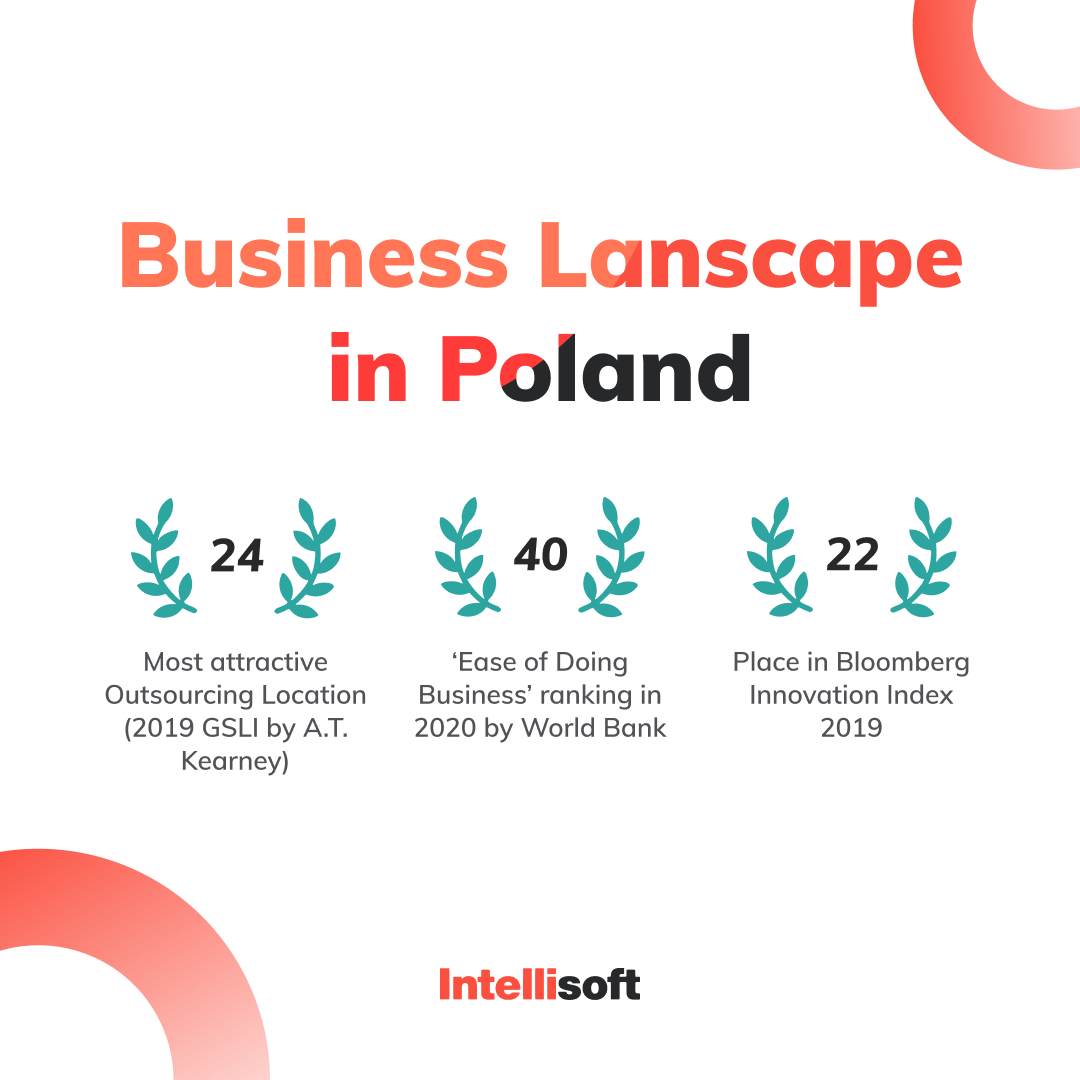 A benefit for US and Western European clients is the fact that for 30% of the Polish population, English is the second most commonly spoken language, which makes communication easier. US-based clients will need to consider time zones to host live business meetings, but the overlap is sufficient for functional collaboration.

Offshore development in Ukraine and Poland has made significant progress in recent years. Today, Ukrainian and Polish software companies are attracting more and more investors due to a wide range of qualified programmers, proximity to the West, and the best price-quality (PQ) ratio.

Giants such as Google, Intel, McKinsey, Oracle, Cisco, WarGaming, Lebara, and Currencycloud have already discovered the numerous benefits of collaborating with programmers in Ukraine and Poland. Below, you will find a short comparative description of these two countries, compiled based on the recent research of N-iX.

Trips to Ukraine are mostly visa-free. Citizens of 64 countries, including all European states, citizens of the US and Canada, can enter Ukraine without a visa and stay up to 90 days.

Trips to Poland are incredibly convenient due to the country’s closeness to European countries. Even if we consider the US, the time difference between Poland and, let’s say, New York is only 6 hours.

Despite the remnant vestiges of the Soviet Union, Ukrainians are very European-minded. Ukrainians can be described as tolerant, inquisitive, and very determined.

Poles have Western thinking and values. Compared to other popular outsourcing destinations like India, Poland is politically and socially closer to Western Europe and North America.

Among all European countries, Poland has one of the best educational structures. They focus on science, technology, and mathematics mainly.

Number of IT Outsourcing Specialists and Teams

Poland has the largest working population in Europe. The number of technical IT specialists reaches more than 300,000.

The Structure of a Dedicated Team 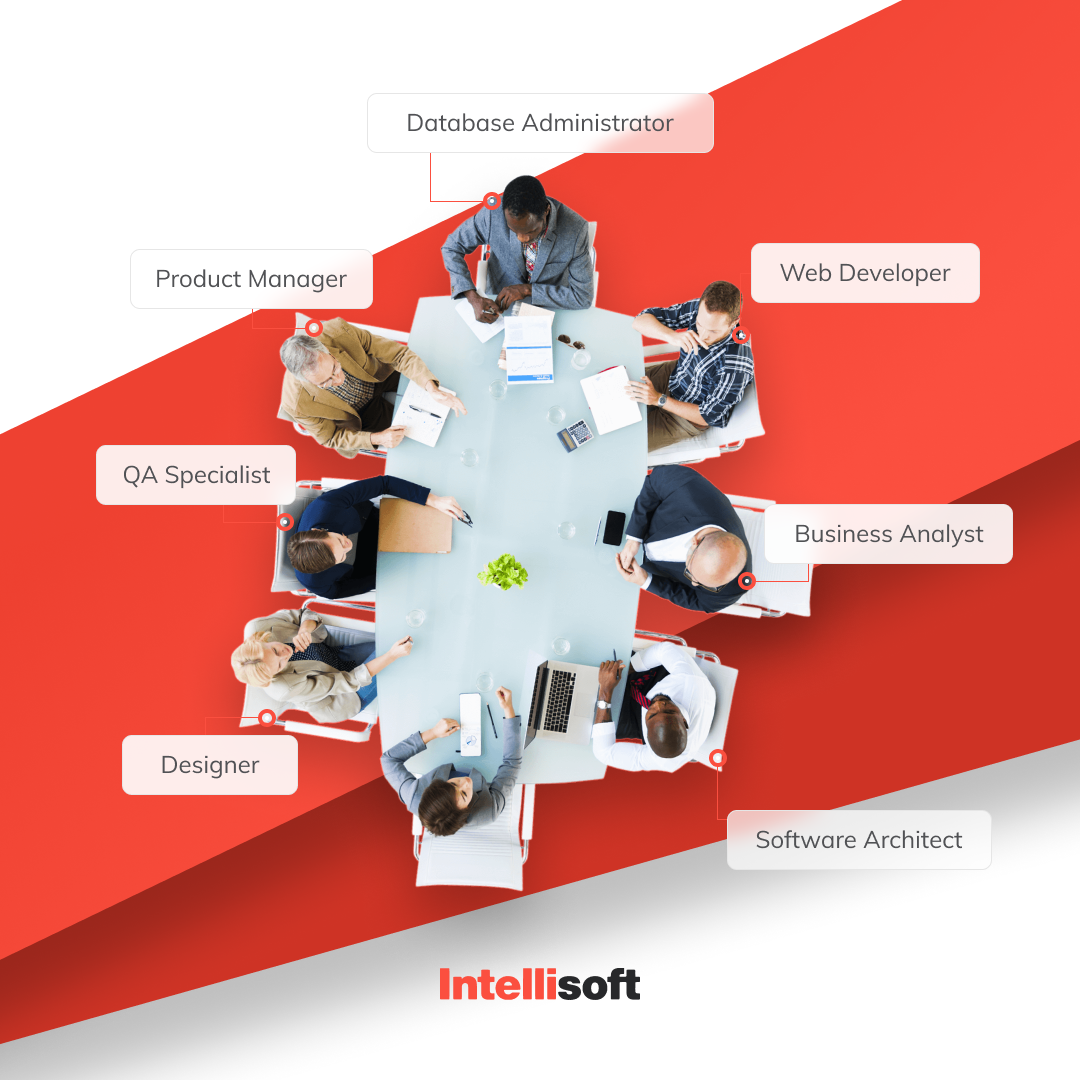 Let’s get down to the main dedicated team model benefits:

Dedicated teams have become one of the most popular models in the IT world, and companies all over the world from markets such as the USA choose offshore IT outsourcing in countries with relatively low prices and a great number of skilled specialists.

Thinking about hiring a dedicated team? At Intellisoft, we offer our clients several popular collaboration options, so go check out. 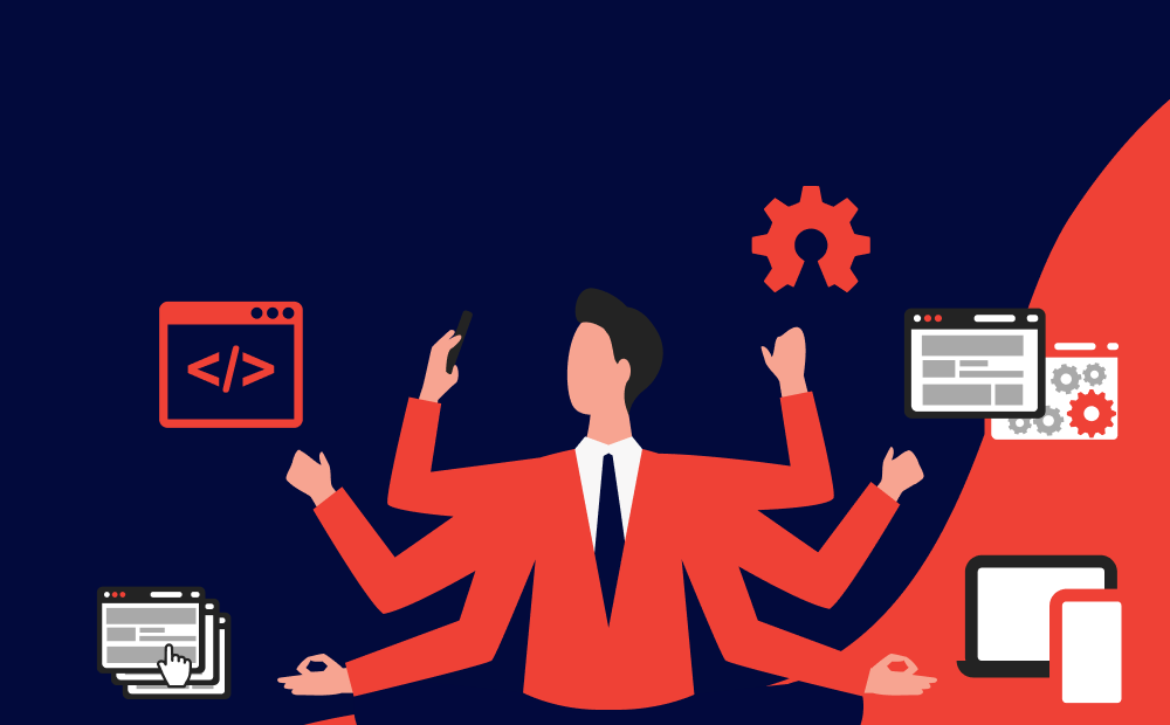 According to interviewed recruiters, about 20-50% of candidates do not make it to the job interview or show up on their first working day. At a certain point, there are so many interviews that the management is faced with the need to either create an internal HR department or outsource this task. Intellisoft knows a better way out: how about outsourcing the teams of IT experts (e.g., back-end/front-end developers, QA engineers, and UI/UX designers)? In any case, businesses today should be aware of such terms as staff augmentation and in-house recruitment or staff augmentation vs outsourcing. Let’s check the difference. 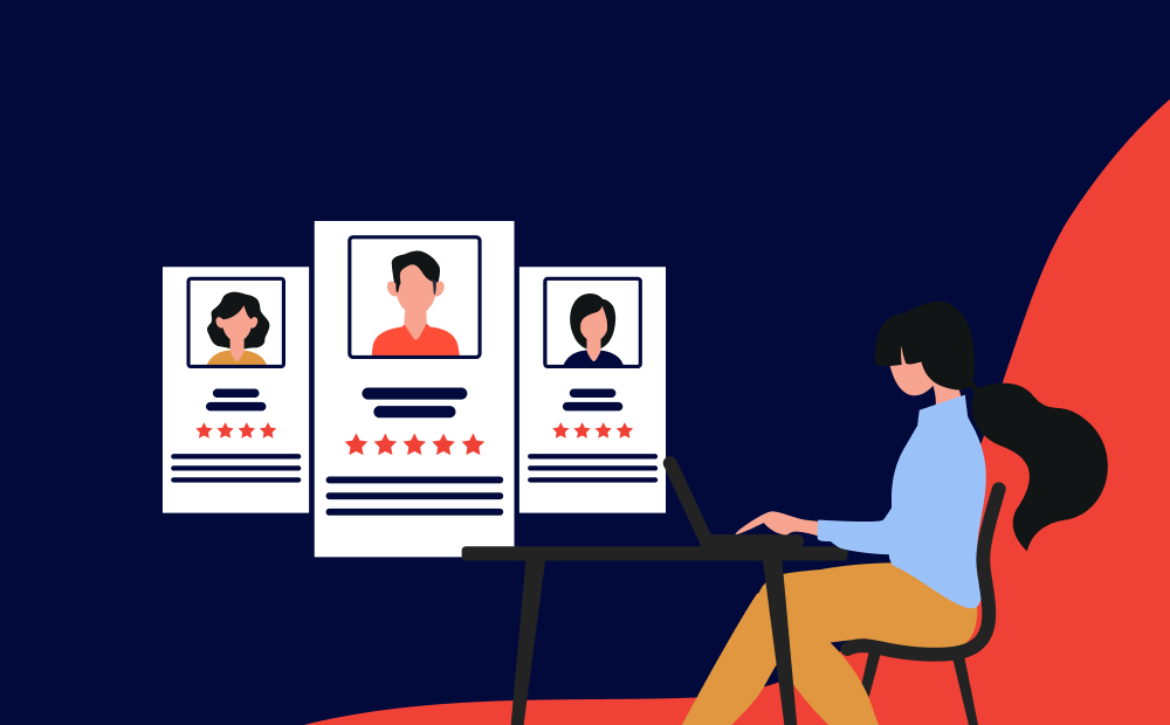 party and transfer an internal project or some particular activity. You can assign a project from scratch or ask to upgrade the existing one. It’s an effective cost-cutting measure and a way out in case you lack specialists with the required expertise and skills.