It’s hard to name an area more progressive than IT and software development. Thus, the developing software field will have about 100 programming languages by the end of this year. This diversity opens up a lot of possibilities on the one hand. However, it can also confuse you when choosing a preferred programming language for your upcoming project, whether it be a healthcare app or game.

The trends in the relevance and popularity of a programming language change constantly. At the same time, the demand for smart programmers is growing and is expected to achieve up to 22% by 2029.

Thus, you need to understand the current trends and navigate the requests and current offers of the outsourcing market. We have conducted research to tell you more about the state of outsourcing software development and answer several questions at once:

It’s time to use today’s situation to your advantage. We’ll show you how to do it.

Indeed, Python has many benefits that make it so popular:

Even those who are not coders know this programming language. It is used in e-commerce, app development, stock market, banking, and more. Java is also used to create video games and software. It is the most popular and widespread language in the world because it:

Such online giants as Amazon, LinkedIn, and eBay also use this object-oriented programming language.

We can say that this language is one of the main whales, giants, on which developing software stands. It gives developers more than just career prospects.

This is another leader in the list of top programming languages and doesn’t stop getting into these ratings from year to year. It is popular for web development; developers love its simplicity and versatility. Also, it is known for such features as:

This language will continue to enjoy immense popularity in outsourcing software development for many years to come. It is equally friendly for beginners and pros alike and has a strong community for student support.

It will demand those who want to work in an enterprise related to Game Development, VR, and applications. It is the most popular development language, and even Microsoft uses it as the primary language for their products.

It is also considered synonymous with scalability due to its flexibility and versatility. PHP serves about a third of all Internet resources.

It’s a server-side scripting language used in web development and building web servers. If you decide to bet on this programming language, you won’t go wrong because PHP is also:

Today, ninety percent of Fortune 500 companies use Java as their primary language. For example, LinkedIn or Ruby.

If you want to realize yourself in computer science and are interested in databases, SQL will be one of the best solutions.

Although this language is not in the development software field, it is an ideal tool for working with data, and it enjoys considerable popularity and demand.

For example, more than half of the developers surveyed on StackOverflow reported using the language. It is also attractive due to its possibilities:

It is also attractive for its clarity and ease of use.

We are talking about Ruby on Rails, aka RoR, aka Rails. And by the way, software developers are interested in this programming language more and more.

Its growing popularity can be attributed to its support and ability to improve web applications. It also allows you to create mobile applications from the back end. Why do software developers increasingly prefer this:

Many startups use this language, including Twitter or Shopify. Programmers love this language too because its philosophy is to make them happy.

Is HTML a Programming Language?

No, it is not, in fact. However, it ranks second in the survey mentioned by StackOverflow. While it is one of the simplest and most accessible languages to learn, it is just as important as developing software because it affects the display and formatting.

For example, HTML describes plain text web pages, describe, mark up, and structure. It is necessary for working with web documents, site development, and maintenance.

How Long Does It Take to Study Programming Languages?

However, not only the prospects are the decisive factor in the choice. Those who want to become a developer and are just taking this path are worried about the time it will take to study. After all, the sooner you master and understand a particular language, the sooner you develop professionally.

The speed of language acquisition depends on several factors:

And if the last three factors depend only on you, then the language’s complexity is already known. We made our top programming languages rating ​​in terms of ease of learning (from simple to complex) on a ten-point scale:

However, you may not need to learn all this independently but turn to outsourcing programming to solve your problems.

Outsourcing has already become a lifesaver solution for many startups. First of all, it is convenient. Also, we have to mention such opportunities as:

On the other hand, it also carries risks like substandard services if you made a mistake with the developer, a security threat, or simply language and time zones of difference.

The Process of Engaging a Dedicated Team

It is not impossible to hire a successful professional team that knows their stuff. But this will require careful preparation and diligent research. And so that you spend less effort and face less frustration, act consistently:

Start your achievement of goals with a new team of professionals!

The more the IT sector develops, the more programming languages ​​and requests the market has. This variety can be quickly confusing and confusing if you don’t know the current trends in software development and computer science.

So, according to a StackOverflow survey of 65,000 professionals, today the leading positions are occupied by:

All of them are promising and in demand. Some are as simple as HTML, while others require a basic understanding of programming languages.

Diversity and opportunities encourage specialists to outsource software development to hire involved employees on favorable terms. If you are looking for such developers — Intellisoft is what you need.

We are a team of professionals that will become your guide and assistant in the development world. By contacting us, you get:

Contact us to make all of your developing software goals a reality. 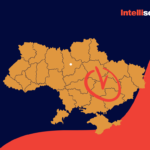 IT Sourcing in Ukraine: The Best Hiring StrategiesDecember 20, 2021
When Should You Change a Development Team?December 28, 2021 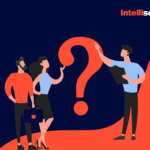